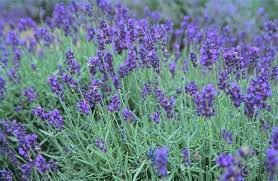 Yes, rosemary (Rosmarinus officinalis) DOES help prevent and relieve stress but only through inhalation, and only for mild cases.  Just don’t expect it to work as well, or as quickly, as a pharmaceutical anti-stress medicine.

To make this work for you, use either fresh rosemary or the extracted oil.  Spend ten minutes each morning, before you start your day, inhaling either an oil-soaked pad or a bunch of rosemary leaves.  You may like to do this in conjunction with some other stress-relieving activity such as yoga or tai chi.  Do the same last thing at night to relax you before sleeping.  And do it as many times during the day as you can find time for, or as your stress level dictates.

Rosemary as a stress-reliever has been the subject of several recent authoritative, peer-reviewed scientific studies (as opposed to quack stuff turned out by so-called natural scientists) and these indicate (albeit cautiously) definite benefits in inhaling the complex chemicals that make up the oil found in rosemary leaves.  They include rosmarinic acid, also found in basil, sage and oregano, which derives from caffeic acid, a powerful antioxidant.  Among other things it has been shown to increase the production of saliva and reduce stress hormone cortisol levels.

Rosemary’s other, and more tangible health benefit, is as an anti-bacterial agent.  All plants with pungent oils can be used in this way, either to preserve food or dab on cuts and scratches.  In warm weather, when I want to keep meat at room temperature before cooking, I lay it on a bed of rosemary leaves and cover it with the same – rubbing the leaves a bit first to release the oils.  Rosemary oil can be dabbed on minor abrasions, though a more powerful biocide would need to be used on more serious wounds.  Some rashes will also respond to applications of rosemary oil.

Many extravagant claims are made for the health benefits of rosemary and most of them have absolutely no scientific basis.  Indeed, taking large amounts of medicinal rosemary sold in “natural health” outlets, in either oil or dried-leaf form, may create problems for those on diuretic or blood-thinning drugs.  Still, any plant which contains rich and complex oils will have SOME health benefits when added in moderation to food.  The pungent oil dictates sparing use but this is also what makes it such an effective counter-flavour with fatty meats such as mutton and lamb.  I also use it in casseroles with any meat, and in Mediterranean-style vegetable dishes where a lot of garlic and olive oil is also used.

Historically, rosemary has been associated with remembrance.  To those with a British cultural inheritance, this is mainly because that’s what Ophelia tells us, in Hamlet, when she’s madly strewing herbs all over the place.  And Shakespeare obviously got the idea from somewhere.  Though whether it’s because we believe that it actually improves memory, or because we’ve extrapolated this idea from the fact that rosemary (a common plant) was used centuries ago to place on graves in respectful memory of the dead, is not clear.

Healthy sprigs for cooking – or inhaling to relieve srress

I’ve written a lot about rosemary over the years because, taken all round, it’s my favourite garden herb.  By “garden” I mean a herb that also makes a useful ornamental plant, not just one that’s grown in a pot or herb garden for culinary or medicinal purposes.  In my many years as a gardener I’ve used rosemary for low hedges, parterre borders, single pot specimens and as a foundation and background plant in mixed beds and borders.  Its green or greyish green (depending on variety) upright foliage spikes set off other garden plants quite beautifully.  And when it’s in flower, it’s a colourful sight all on its own.

Rosemary grows in all but very tropical climates with heavy monsoon rains and though it looks at its best and lasts longest in Mediterranean and warm-temperate climates it adapts very nicely to desert and subtopical zones.  It can even be grown as a summer plant in cold climates, provided it’s brought into a warm, protected environment in winter.  In fact rosemary is so versatile that the different climates merely mean a slightly different management regime. In my subtropical  mountaintop climate I replace my bushes every five years for maximum good looks – whether in ground or in pot. The plant will continue growing long after that but starts to look straggly.  In colder and less humid climates rosemary bushes keep their looks a lot longer.

The basic rules for rosemary are good drainage and regular watering.  Don’t overwater though – the very name rosemary is derived from the Latin, meaning “sea dew” (and not, as I used to think, something to do with roses and the Virgin Mary!) and this is because in Mediterranean regions just the lightest sea mist was enough to keep this plant in moisture. Regular tip pruning for health and shape is also important, with a good cut back (about one third) in autumn.  This encourages profuse flowering when spring comes round again – and my rosemary flowers from spring right through to the following autumn. Old, dead growth should also be regularly removed. The only fertilizing necessary is a dose of compost around the base of new plants, digging it in slightly, about three months after they go into the ground.  I repeat this once a year in late spring, Pot plants get fed once a month with a cheap all – purpose liquid fertilizer .  Avoid high nitrogen fertilizers or plants will be reluctant to flower.  My soil is rather acid so I sprinkle dolomite around my rosemary bushes twice a year, in early spring and late summer.

The best mulch for rosemary is gravel.  This will warm the plant, help prevent root-rot diseases and protect the shallow roots from heavy rain and soil erosion.  It will also keep down weeds.  Coarse bark is also an acceptable mulch, or nutshells, but “soft” mulches such as hay and leafmold will encourage the root-rot pathogens that are the only problem that ever seems to effect this tough herb.

A herb that grows thick and healthy without much work

THE MANY WAYS OF GROWING ROSEMARY

As a single bush

In the public landscape